Astonishing nature, not many tourists, lovely people. The best part of this year mega trip.

Lombok is an Indonesian island nearby Bali. Average, when it comes to size, tourists or wilderness. None of it is making it mediocre. If anything, it´s making it great. Bali residents claim Lombok is dangerous. I don´t believe them! The people there are not dangerous by any means. Natural factors might be though.

We arrived at Lombok by the last plane from Kuala Lumpur. Though it was late, there were still busses to Mataram (the islands capital city) going. There are ATMs, a shop and an exchange office as well as two shops with SIM cards at the airport. Bus tickets are for sale at just one stand. Everything is therefore small and organized. We bought very cheap SIM cards, which we were using a lot, there.

Another option how to get to Lombok is by a boat from Bali. The most convenient is a ferry for just €1.6. The voyage takes 4-5 hours though.

Undoubtedly, the best mean of transportation on the island is by scooter. The traffic is not as busy as it is on other islands, the roads are nice and then it´s cheap. Sadly on the entirety of Mataram, we couldn´t find more but three official rentals though we were asking many locals. For renting cost €5/day, or so, did we get a great Honda scooter. Fuel price was around €0.6/litre.

The first thing that caught my attention was the number of bird cages people have in the yard. Our tenants themselves had about ten of those.  Later I found out it is a hobby around there. They keep them to have them compete in singing competitions. They keep non-singing birds as well. I rather don´t wanna know what is it they do with those.

Mataram, Lombok capital city. To me, it didn´t seem to be much appealing to tourist. Maybe just the Islamic centre is worth visiting. Huge beautiful mosque in the city centre. Don´t be afraid to go inside. It may very well be the most beautiful mosque I have ever seen. A wonderful bonus is an opportunity to go to the top of the highest of its five minarets by an elevator and enjoy a view over the entire city.

Nearby Mataram there is an interesting Narmada park. You can find temples, pubs, a pool, a pond, a path and more at the strange place. There a very common phenomenon occurred to me for the first time – I was asked to take a photo with a local.

Senggigi, a popular tourist resort. Beaches, restaurants, hotels… Nothing for us really, yet we spent the first night there. Either of us sleeping in a different place. Immediately after our arrival did I meet Khaizir from Kuala Lumpur in Malaysia. We went for dinner that evening which he, despite my will, paid for.

Northwest part of the mountains

The second day he joined me for a trip to Monkey Forest – a peaceful place in the mountains. The access road is encircled by monkeys. At the peak of the hill in between the mountains where the road is, there you can find a temple, a restaurant, a viewing point over the rain forest around and paths leading into the jungle. If you are lucky, you can see big black monkeys in the jungle. Their species stayed unknown to me. And if you are to be as lucky as Marci was, then you might also have a first-hand experience of a Hinduistic ritual.

We went to Elephant park – beautiful, but sad zoo – after leaving Monkey Forest. The focus is on personal approach rather than on quantity, as we know from Czech zoo’s. You get a parrot or other birds to sit on your hand or you can go to care for an elephant, hold hands with an orangutan or have a huge anaconda crawl all over you. Just don´t try to figure out how can the animals be so docile…

North part of the mountains

After visiting the zoo we said our goodbyes with Khazir and I was on my way, a long way, around north coast to Bayan village, located under the highest mountain on the island, Mt. Rinjani. I had no intention to climb to the top the mountain though. It would take three days and I´d have to go with a guide. There was no time for that.  Apart from climbing Rinjani, the tourists come there to see waterfalls. I met with Marci there after a couple days as well. By chance, we discover you can walk through irrigation system tunnels. About half the way between the waterfalls, there is a stone bridge. Opposite it, towards the village, there is the entry to the tunnel, where water flows through. Going through the tunnel in the light of phones and batteries accompanied by small local boys, after about half an hour, did we get back above the first waterfall. An unusual experience indeed.

We set off to the opposite mountains side to Tebet the very day. The walk was incredibly long. That is why Marci and I split. She decided to stay at the plateau in Kecamatan Sembalun city. The next day she took, according to her, the most beautiful walk in the mountains.

South part of the mountains

I haven´t arrived at my destination until long after dawn. I had chosen a wonderful Eco Village Tereng Bungalows for my next stay in charge of which is Edy and his family. For them, sustainable and ecological development of tourism on Lombok is really important. For their guest, they built lovely and comfy huts, with a view of fields and ponds, all from natural materials. Should you be lucky, you can watch locals working on the field or you can even join them. Or you could taste the fruit of local work. It´s good enough as breakfast. There is an amazing atmosphere and I consider this accommodation to be one of the most pleasing I´ve had the opportunity to see. I ended up staying there a day longer then I intended.

I was to see some more waterfalls and the monkey forest with no monkeys the next day. Finally did I see the real jungle; alone on a barely noticeable path leading who knows where I had a sincere respect for the everpresent dense forest. A half hour into wondering around I came across a path leading to a waterfall. On the path, I bumped into a bunch of local boys, one of them being Danu – a lad currently studying in the USA.

The last but one day of our stay came. I spent it on a scooter by the waterfalls. Took a stroll around the place where we were staying and then I was on my way to the Mount Janggot waterfalls. About half an hour before I even got there a young lady stopped me, asking where I´m going and whether she could help me. We ended up spending following 5 hours together, driven many kilometres on the scooter and visited a number of amazing waterfalls. Frankly, if it wasn´t for her, I would have a hard time looking for those since some of them were well hidden. Likely the most beautiful waterfall I have ever seen is Mount Janggot. The young lady, however, spoiled my impression of her, when she didn´t argue about taking the money I offer her for her guidance when we were saying our goodbyes. I was secretly hoping she accompanied me to work on her English and she would refuse at least the first time I offer her the money. Well, at least she didn´t ask for it herself.

In the evening we met with Marci in the hotel in Mataram again. The last morning we took a quick ride to the Jambatan Gantung bridge and to the Gagung Batu Idung mountain where there is a number of odd things to take a picture of. We returned the scooters and took a Grab to get back to the port. We were on our way back to Bali. The voyage back was an experience itself. It cost €1.5 for the entire 100 km and it was really noticeable. It was literally murderous heat and we had to sit on the deck for hours, hiding under lifeboats so we wouldn´t have a sunburn.  Not only is it tedious but also uncomfortable. What could we expect for such a price though?

Lombok is utterly beautiful. There aren´t many as accessible places with this many waterfalls around the world, as there is. Factor in tasty and cheap food and accommodation and astonishing people and what you get is a paradise in the world.  I hope I´ll come back there one day. Mt. Rinjani is said to be breathtaking as well. 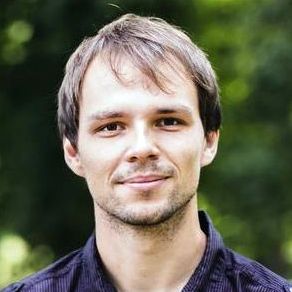